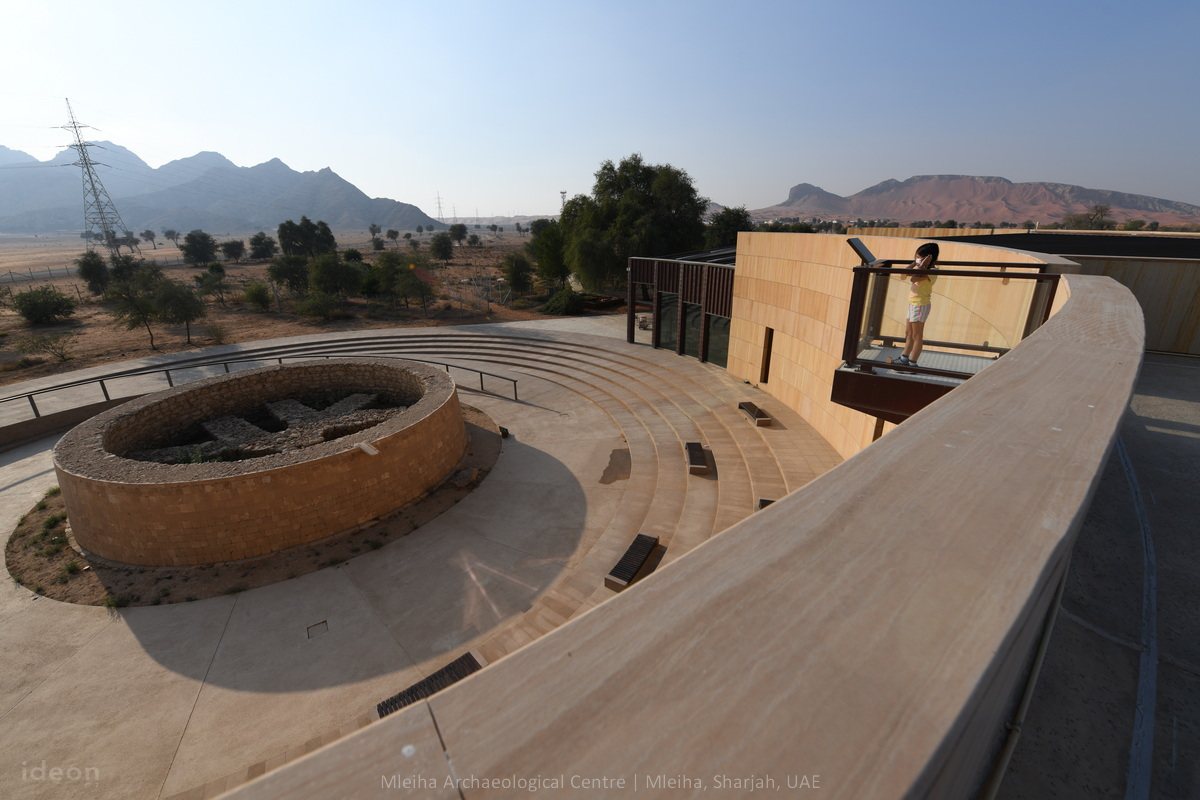 Meliha Archaeological Centre is a visitor centre and exhibition based around the history and archaeology of the areas surrounding the village of Mleiha in Sharjah, the United Arab Emirates. Built around a preserved Umm Al Nar era tomb, the centre details the excavations and discoveries made over the past 40 years at Mleiha and surrounding areas (including Al Thuqeibah, Jebel Faya, Al Madam and Jebel Buhais), particularly the important Faya North East find, which provides evidence that 'anatomically modern humans' were in the Mleiha area between 130,000 and 120,000 years ago. These finds point to the spread of humanity from Africa across the Red Sea to the Persian Gulf region, and onward to populate the world through Iran, India, Europe and Asia.