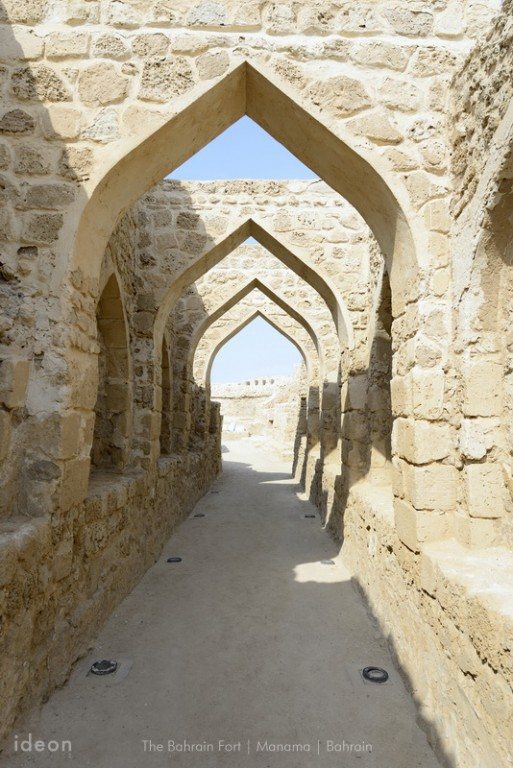 The Bahrain Fort, also known as the Fort of Bahrain and previously known as the Portugal Fort (Qal'at al Pourtugal) as well as the fort of Nader Shah, the Persian king, is an archaeological site located in Bahrain. It is composed of an artificial mound created by human inhabitants from 2300 BC up to the 18th century, including Portuguese and Persians. Among other things, it was once the capital of the Dilmun civilization, and served more recently as a Portuguese fort. For these reasons, it was inscribed as a UNESCO World Heritage Site in 2005.