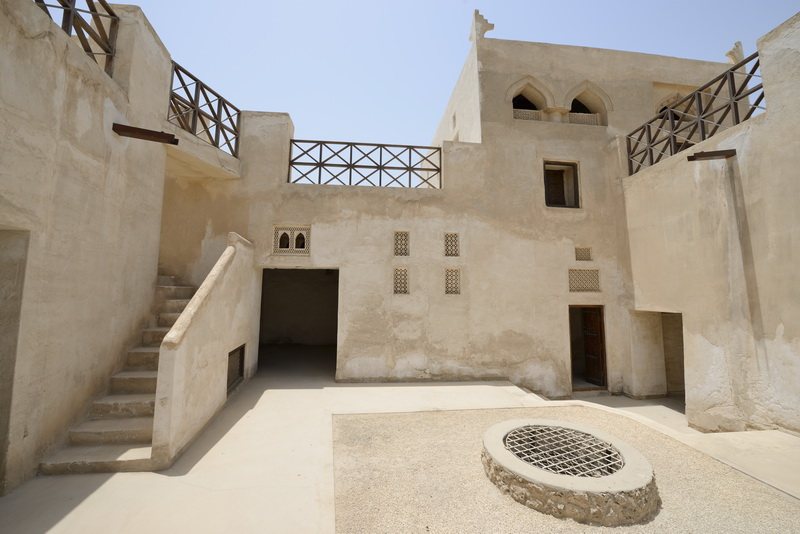 Shaikh isa Bin Ali Al Khalifa House is located in the center of the old capital of Bahrain (Muharraq City). It was built at the end of the 18th century by Shaikh Hassan Bin Abdulla Ahmed Al Fateh during the rule of his father, Shaikh Abdulla Bin Ahmed Al-Khalifa. The house is characterized by its huge walls and small doors designed to protect them from the heat in summer and the severe cold in winter.